Pokémon Go game is result of the of the international companies’ collaboration [Niantic, Nintendo and The Pokémon Company.] The game was built for both Android as well IOS mobile systems. It was built to use mobile devices GPS to locate and capture virtual creatures of Pokémon which appears in real-world location of the player. The game is free downloadable for playing, but follows freemium pricing strategy. Therefore, the game supports in app purchase for additional in game items. Originally, the game was launched with 150 creatures of Pokémon but they raised to 500 by 2019 as the gamers increased throughout the world.

It was the most profitable game and app in 2016. It had more than 500 million of download just after the release of the app. The game crossed more than $3 billion revenue from the downloads from all over the world. The game was realised with mixed reviews like critics, praises for the new concepts and technical problems.

But after sometime many gamers have faced problem in playing and opening the game. The problem was with the login in Pokémon Go Trainer Club. The window displays “Pokémon go Unable to Authenticate.” And sometimes the gamer crossed paths with another similar problem where could not log in and got a message about failed to log in.

There are few solutions to below to help the gamers to solve their problem:

Sometimes a classic solution of a hang is turning off and then again on the Airplane mode of the device just be the solution to this issue as well. steps below might help to the once who are knew:

Step 1: The gamer has to open the game in their phones.

Step 2: Then turn on the switch of Airplane Mode by going to the settings.

Step 3: After that the gamer has to re-open the game.

Step 4: Then the gamer has to turn off the Airplane mode in their phone and try logging in.

For many of the user this universal solution has helped in uprooting their Pokémon game problem.

Being a popular game with thousands of millions of people playing the game at the same time. Sometimes the error of Pokémon goes Unable to Authenticate also happens when the server is down due to over-usage. [even software has a breaking point] The gamer should always check the server status for confirmation and learning the truth behind the problem.

Another phone tricks for solving phone related problems is forcing stop on any app and the launching the same again after few seconds [app which is directly related to the problem.] The following steps would help the gamers to do so. Android and IOS have different ways both are given below:

Many gamers prefer to sign in to their Pokémon Go Trainer Club. Which sometimes might not allow to log in through PTC server and display Pokémon go Unable to Authenticate. So, a solution to this can be logging in from a google account after the gamer has successfully logged in and play the game normally.

Method 6: You Clear Caches on your Device

Sometimes clearing the caches files helps in smooth functioning of the app. Therefore, if the Pokémon Go is showing the problem of unable to authenticate. Then the gamer can go to setting then apps and then Pokémon go and clear all the cache files. After that they can restart the app and see if it worked or not.

The iPhone users have to make sure that they have the updated versions of their phones as well as their game. Therefore, the gamers should have iOS 9 or iOS 10 with the game version 1.73.3. keeping things updated should fix the problem.

Method 8: Get Help from the Pokémon Team

Gamers can get help from the company’s helpline. Or the gamer can visit the support page from Nintendo of the Pokémon go game. They can visit the Nintendo team. The gamers can leave a message about their problems in the help section of the web page.

Hopefully, the above methods would help the gamers to crack their problem with the Pokémon go Unable to Authenticate. And can play successfully in their mobile phones.

The app was criticized for using geographic locations like cemeteries hospitals or even museums for catching virtual creatures. Many countries also filed complains that citizen when out to the railway tracks, or jumped on the middle of the road just to claim a virtual animal theirs. And the game faced a negative response when faced the chapter of disabled people. Disabled people were not eligible to play the game. They rather couldn’t play it at all.

People even suffered injuries caused due to games. Japan faced hundreds of deaths and violations caused by the people of the country playing the Pokémon go game.

The gamers were not stopped playing the game. They were told to play it save and peacefully so nothing goes bad for the gamers as well as the nation. 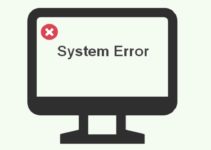 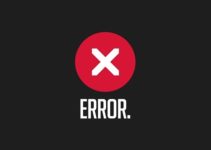