A name assigned to malicious websites by the antivirus programs is known as URL:Mal. You could easily see the term “We’ve safely aborted connection on […] because it was infected with URL:Mal.” if you have an antivirus installed on your PC. It occurs mostly when either you or a program tries to connect a website that antivirus finds harmful. The two notable antivirus companies, Avira and subsidiary AVG, on which millions of people trust, mostly uses this name URL:Mal.

Do you know that a website is declared malicious, not only due to a single reason? Despite there are numerous reasons due to which this happens. You might have also stuck in a situation where your website stops loading, and your antivirus shows you the pop-up of URL:Mal. There could also be a situation when the user tries to download files from the internet. At that time, besides file, a malicious program also gets downloaded on your PC, which is the greatest threat to your PC.

The URL:Mal is basically a pop-up that pops up when you try to visit a website that is marked as harmful for your PC. This message is popped-up as they are included in a blacklist by our PC. What this message symbolize is that it informs the user of a harmful attack that was tried on your PC and it has been stopped before happening. Although our PC completely can’t remove the error but it can get just rid of it. 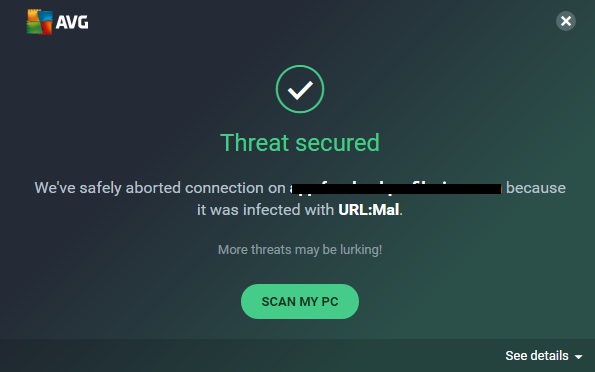 According to Avira, the various sites which can be threatening to the PC are as follows:

The site, phishing is very mendacious to our PC. Even, through it, the victim can not only be easily redirected to a fraud Microsoft login page but also the victim’s email, password, and phone number can be captured by the criminal. What the URL:Mal pop-up symbolizes is the relevant warning sent to the user when they click the link. This link defines that the malicious actors have sent you the link.

Are you wondering how these malicious actors direct you to fake websites? They redirect you by sending you such links in your e-mails, ad redirects, or social media. Your PC warns you just only when you clicked on such a malicious link. The hijacking of online accounts, stealing of payment methods, spreading of malware to your contacts are some of the major results caused due to it.

A type of URL:Mal, Malware is very dangerous for your PC. It attacks even on few sites running in the background. Let us understand it with the help of an example, Malware not only uses exploit kits for selecting but also delivering particular malware right in your phone or computer. Also, the stealing of passwords by spyware, corruption of files by ransomware, holding of them by ransom, and displaying fake virus pop-ups by rogue applications are its disadvantages.

The code of it affects the adorable websites too in such a way that they are being redirected to a mistaken URL:Mal.

The sites which are not dangerous for a while, but after some time, it becomes spammy. Your browser settings are hijacked by these websites through social engineering.

As the victim’s notifications are taken over as well as misleading ads full of entire types of harmful and malicious content are sent, thus URL:Mal is fit by the numerous abundance of sites. They enforce anything on your website as they are not at all concerned about ethics.

Your malware is not at all mendacious with fraud or scam sites. In opposition, the simulated or imaginary products are sold by such websites or it leads you to either invest in a pyramid scheme or initiate investing in a betting site that never gives you payout, etc. Except for all these, there are also fake giveaways, sweepstake scams, tech support scams that let the users spend numerous money. Despite being the well-crafted position of the scams, URL:Mal pop-ups helps the users save a tremendous amount of time and money.

A specific name allotted to the specific threat which is determined by AVG and Avast anti-virus programs is known as URL:Mal. Is the malicious URL domain also blocked by your PC’s antivirus Avast? If you are facing such a problem continuously, it might be due to a Trojan horse trying to connect to a threatening URL. It is very crucial to remove all such malware. In order to remove all such URL:Mal similar malware, the user needs to follow the below-mentioned steps.

How to Remove URL:Mal from Windows

Method 1: Boot Your PC in Safe Mode to Isolate and Remove URL:Mal

Important: Don’t forget to unselect Safe Boot after performing all the earlier steps. The reversing is done so that your PC will always boot in Safe Boot from then onwards.

The URL:Mal can be removed from your PC by uninstalling it from Windows. By following certain steps, you can get this issue solved. These steps would work for every Windows whether you are using Windows 10, 8, 7, Vista, or XP. Do you think the uninstalling is just dragging the folder of the program to the recycle bin?

Then, you are absolutely wrong as by doing this, numerous tiny bits and pieces are not uninstalled. This can lead to errors in the file types and leads your PC to a disastrous state. Hence, you can get rid of all this by uninstalling it. The following steps should be followed:

Henceforth, following all the above steps in a fruitful way, URL:Mal will be successfully uninstalled from your PC.

Method 3: Clean Any Registries, Created by URL:Mal on Your Computer

Most commonly, the following are the targeted registries of Windows machines.

Do you want to access them and delete them? Just go to the Windows registry editor and choose the URL:Mal created values that you want to delete. You can delete them by just following certain steps.

IMPORTANT: Right-click on it and choose to modify the option for searching a virus-created value. It will basically show you the file which is running, then you can remove the particular value in case it is a virus.

IMPORTANT: Don’t forget to boot back to normal mode from Safe Mode before proceeding to the next step. Thus, by following all the steps in an appropriate manner, you can easily install as well as use SpyHunter 5.

Have you removed any such file from your PC? The, we recommend you to restart your PC.

How to Remove URL:Mal from MacOS

IMPORTANT: Do you need to end the process entirely? Then, select the “Force Quit” option.

IMPORTANT: As there are numerous files that are not at all linked with the app, so the user needs to be extra careful while deleting them.

Examine if URL:Mal is removed from your PC? If not, then step-up to the manual method of finding them in the libraries of your Mac. As your PC is not able to find the virus files and objects in your Applications or other places, then the option left is to do it on its own.

IMPORTANT: Have you set your mind to delete on your own? Then, delete the irrelevant file only as in the case, you deleted the wrong file, then your MacOS can also go in a threatening state. The better way of doing is to find the name of the virus file first.

The above procedure can also be performed by going to Library directories.

Method 2: Scan for and Remove Malware from Mac

Are you facing issues due to unwanted scripts, programs, or malware? You can get rid of all these on your Mac through the use of an anti-malware program. You can use the Combo Cleaner, which provides you not only the advanced security features but also the modules for improving Mac’s security and its further protection.

How to Remove URL:Mal from Google Chrome

How to Remove URL:Mal from Mozilla Firefox

How to Remove URL:Mal from Microsoft Edge

How to Remove URL:Mal from Safari

IMPORTANT: Do you remember all the passwords of your Safari? If not, then back up all your saved passwords as you will not be able to recover them once the Safari is reset.

How to Remove URL:Mal from Internet Explorer

We hope that the above-mentioned methods might have solved your issue. If the condition arrives where the malware in your PC is not removed by any of the steps, then what you need to do is to find and eradicate the entire leftover items with an advanced anti-malware tool. In this way, your PC would be more secure and the website’s data and browser could be easily browsed by the user. However, if this is not the case, the above-mentioned methods will unquestionably solve your problem. 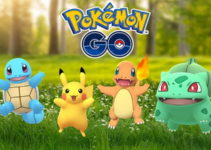 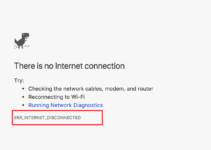 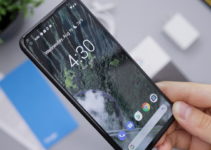